Did you know that heart disease, poor posture, neck and shoulder tension, high stress levels, too little exercise, poor diet and digestion, dehydration, acidic body pH, negative attitudes, and fungal, viral, and bacterial infections can steal the body’s oxygen away from the cells? When our cells don’t get enough oxygen, they get weak, which causes our bodies to become weak. This in turn speeds up the aging process.

As we age, our bodies become less effective at supplying oxygen to our cells, which can increase the chances of age-related diseases and conditions. On average, we’re only breathing about 21% oxygen— the remainder is mostly gasses like nitrogen. This is why Exercise with Oxygen Therapy, or EWOT, can be extremely beneficial to anyone’s anti-aging regimen.

EWOT, in its simplest definition, means breathing higher levels of oxygen during exercise. Oxygen enhanced exercise was first utilized over 60 years go to train military rescue teams to push them beyond their normal physical capabilities.

Breathing higher levels of oxygen during exercise can increase strength, endurance, and stamina by increasing the level of oxygen in the blood, plasma, and tissues. The increased oxygen allows us to go longer with greater power. This means we get a more effective workout in the same amount of time.

The client wears a mask and breathes in concentrated oxygen while bouncing on a mini trampoline. Sessions run from 15 to 40 minutes, depending on the client’s needs. Exercise With Oxygen Therapy increases oxygenation of the tissues and cells and can help combat aging by: 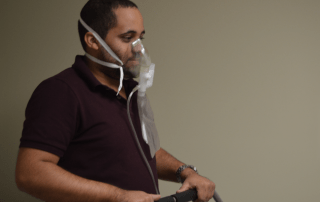 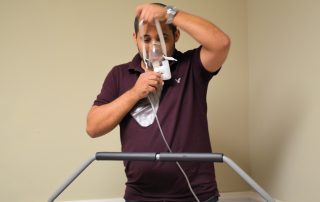 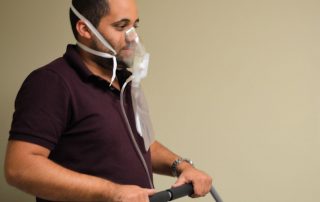 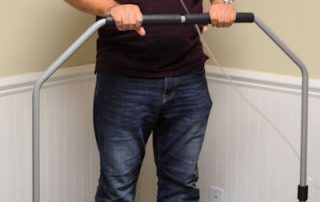